Did you know that about 150 miles south of Washington D.C., there’s an army of giant presidents just sitting there on somebody’s farm? Now you do. Apparently, these 20-foot-tall presidential busts were created for a defunct theme park, and now reside outside of Williamsburg, Virginia on a private farm. 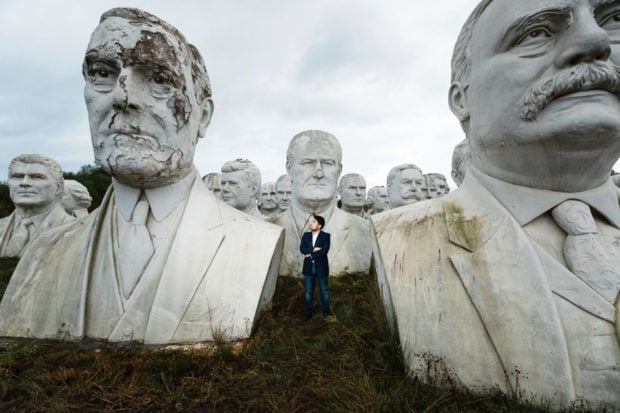 In this series of cool photos from the folks at Red Bull, U.S. Chess Champion Hikaru Nakamura contemplates his next move as the 43 weathered bigheads look on. 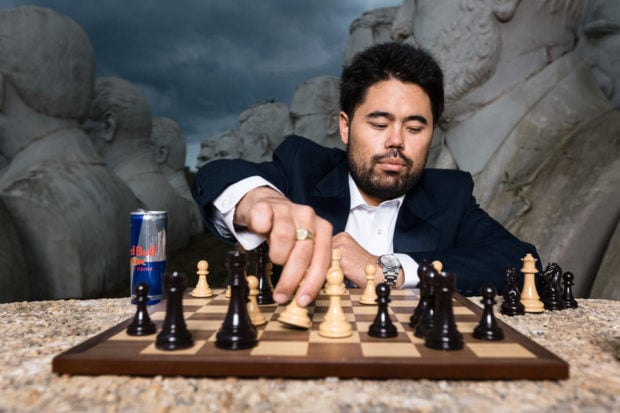 While I was hoping that Hikaru would figure out a way to play using the statues as giant chess pieces, instead he’s playing on a regular board. The closest he got was this awesome fixed-perspective shot by photographer Ben Franke. 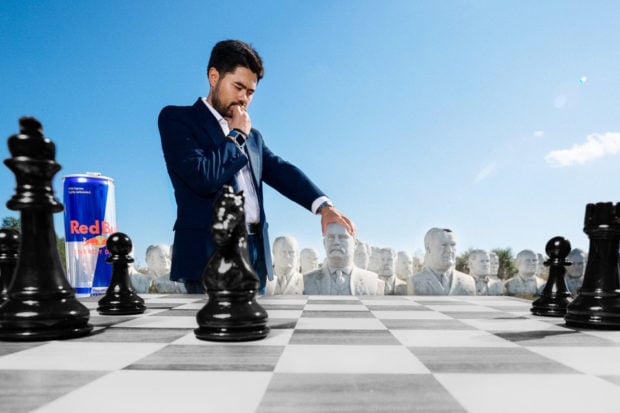 Speaking of chess, the game has reached new heights of popularity in recent years, and Team USA now holds the Gold Medal at the recent Chess Olympiad as well as World Chess Champion titles – a feat not accomplished in over 40 years. If you’re into chess, you can track Hikaru’s preparations for the upcoming Saint Louis Rapid Event on his Twitter feed. 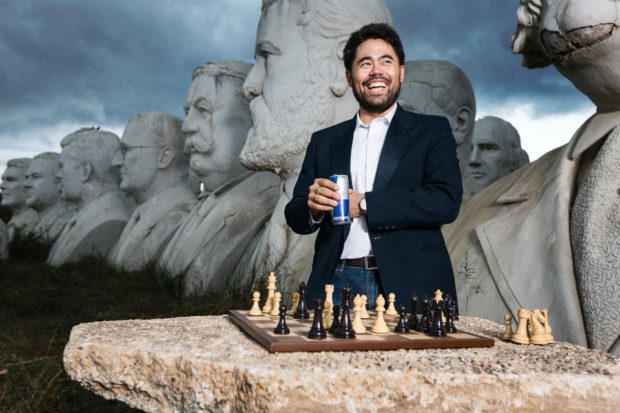 In the meantime, I’ll be scouring Google Maps‘ satellite imagery to try and find these giant presidents from the air.