This giant Godzilla was made by a group of 150 volunteers. It stands 23-feet tall and is made out of straw! It has LED eyes that light up, too. Thankfully it is incapable of rampaging around the city. 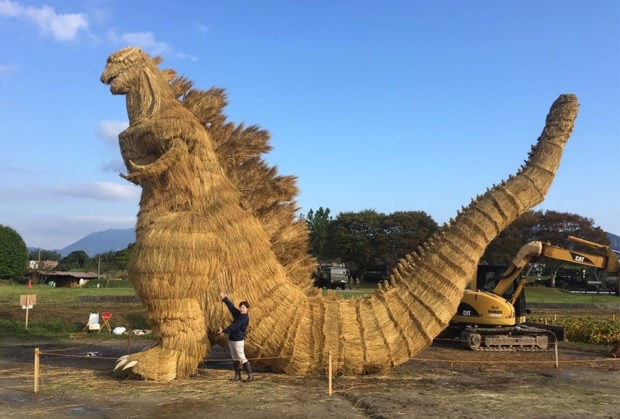 Apparently, it’s made from rice straw reeds. Maybe it is an offer to the giant one so that he doesn’t rain destruction down on them for another year. This Godzilla is extremely flammable, so maybe they’ll burn it to try to appease the gods. Whatever they do with it and regardless of why they built it, it is awesome. 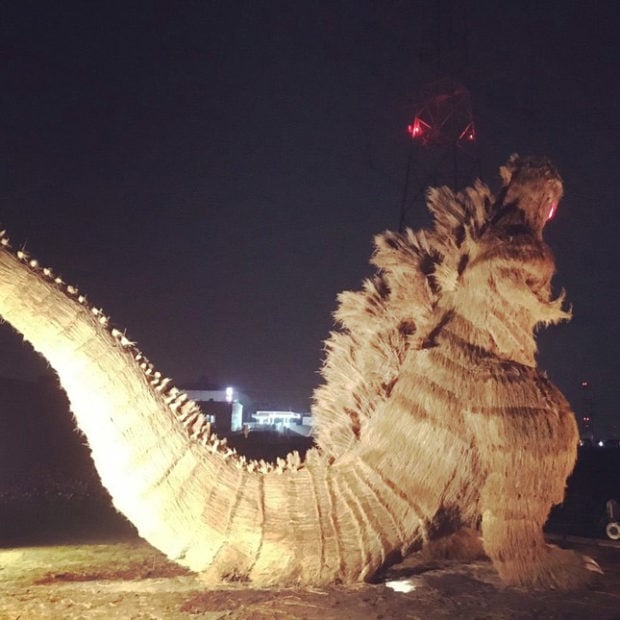 It would be sweet to see it go up in flames though. 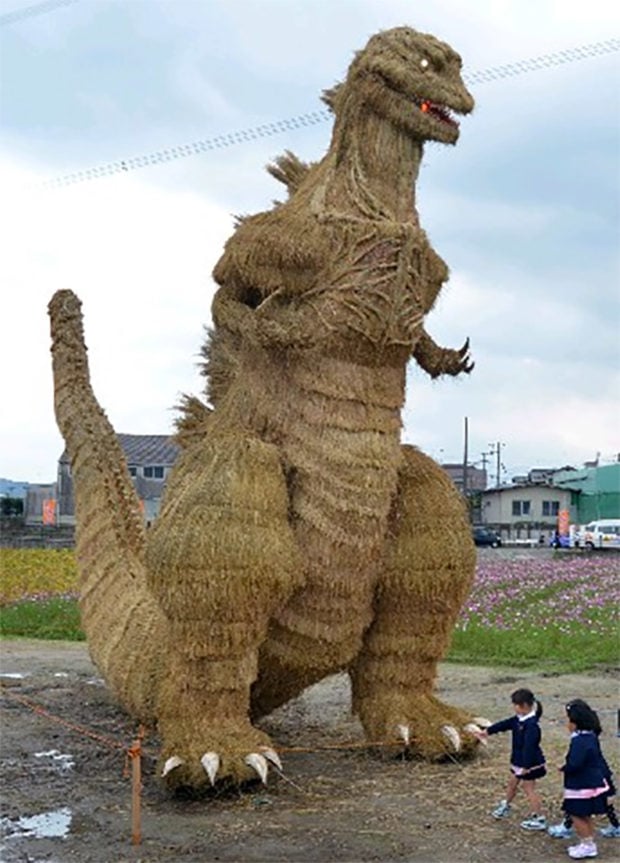