Square Off Automated Chess Board Moves Pieces from Across the Planet

The next evolution of chess is here. Square Off is a smart, connected, and digital chess board set that moves pieces across the board automatically. Now this isn’t the first time there’s been a chess set with automated pieces, but this one can be controlled by a remote player. 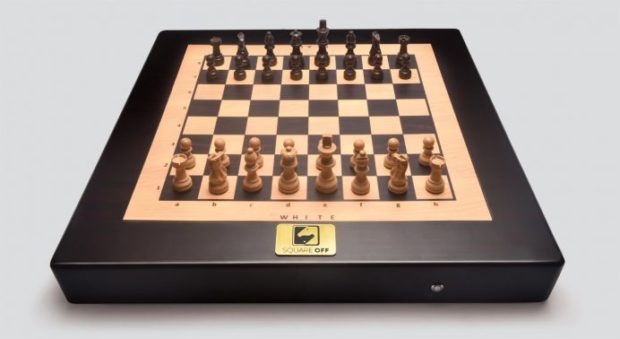 Play against anyone in the world (or the AI) and their pieces will move on the board as if you are playing against a ghost. The pieces move smoothly and don’t crash into one another. Right now the available playing modes are Square Off, Training, and Live streaming. The board is controlled via an iOS or Android smartphone app which communicates which pieces to move via Bluetoot.

You can also change the game by changing the top of the board if you want to play checkers for instance. Square Off is raising funds on Kickstarter now. A pledge of €199 (~$223 USD) or more will get you in on the action, with the first boards expected to ship as early as April 2017.

[via Springwise via New Launches]