Every Christmas growing up I asked for that old giant Kenner AT-AT toy. I never got one because I think my parents secretly hated me. I would end up with things like the Ewok Village Playset and other items instead. The most likely reason my AT-AT dreams never came true was that my parents waited too long and they were sold out.

Every time I played with that AT-AT at a friends house we always talked about how awesome it would be if it could actually walk. Fast forward a few decades and that ’80s dream has come true with the Star Wars Rogue One Rapid Fire Imperial AT-ACT vehicle. It’s not exactly an AT-AT, but it’s close enough. 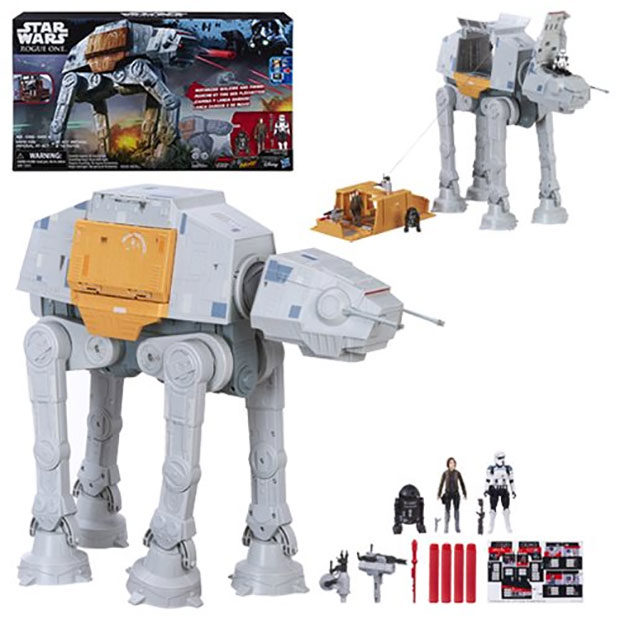 The walking action is controlled via a smartphone app, and it also moves its head side to side and makes authentic movie sounds. It comes with projectiles that actually fire, a removeable cargo bay, and comes with three 3-3/4″ action figures that are exclusive to the toy: R2-B5, Jyn Erso, and an Imperial AT-ACT driver. You can check out a video demo of the walker strutting its stuff below:

The toy is expected to ship starting in December 2016 for $299.99(USD). That is expensive, but dreams always are. You can pre-order yours now over at Entertainment Earth.