Back in January we talked a bit about the Smart Remote by SevenHugs. It sounded pretty cool, even if our man Lambert would prefer an app. I wouldn’t. I don’t want to futz with my phone while watching TV. The device was expected to turn up on Kickstarter back in February and it seems that never happened. It is now on Kickstarter and has already blown through its fundraising goal with more than a month to go. 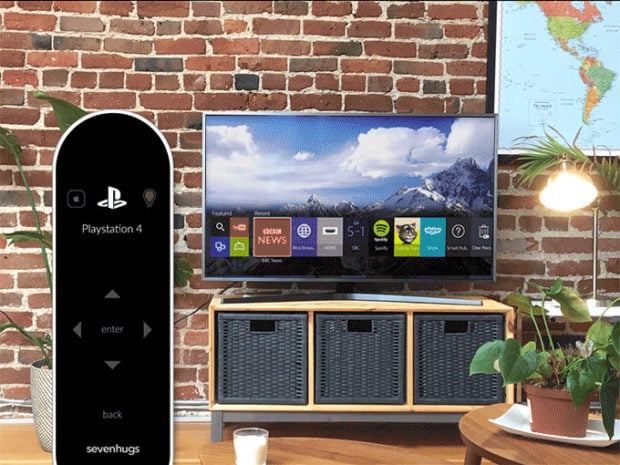 The compact touchscreen remote is designed to control pretty much anything you point it at. If you aim it at a spot with multiple devices, a carousel on the screen lets you choose which you want. It works with TVs, home theater stuff, game consoles, thermostats, lighting systems, and other items. It also integrates with 3rd party services, so you can do something like aim at the window to hail an Uber.

Its makers say it will work with over 25,000 devices via Bluetooth, IR, and Wi-Fi, with more being added. You can order the Smart Remote for $149 or more over on Kickstarter. Delivery is estimated to begin in June 2017.