TAPS Stickers Give Your Gloves a Fingerprint

Back in late Summer, I moved from Texas to Colorado and left the heat behind. It hasn’t snowed yet in my part of Colorado, but being a tropical people from Texas I’m not really equipped for the cold. In Texas if it got down into the low 30s by January, we were bundled up like it was a blizzard and you couldn’t buy bread or bottled water for three counties. It’s already been below freezing a couple times in Colorado, and while I am bundled up in a puffy down coat, these people are in cargo shorts and flip-flops.

If you call me on a cold morning and I have gloves on, I will not take my off gloves to work my phone to talk to you. I’m not sure I could even grip the phone in these Arctic expedition gloves I bought. I could get these TAPS stickers though and stick them to the tip of one of my fingers and work my touchscreen. The downside is that I might actually have to talk to people though. These stickers adhere to your glove fingertips and will let you use a touchscreen with any gloves. 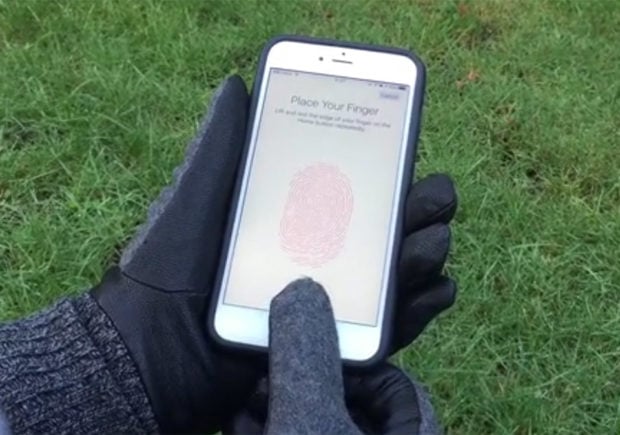 Unlike other conductive glove fingertips, TAPS stickers even have their own fingerprint so you can use TouchID while wearing them. That will probably give the IT guy at work apoplectic fits, but the company swears each set of four stickers has its own fingerprint. Apparently you can register the TAPS fingerprints just as you would your fingers, which is great until you leave your gloves behind somewhere.

TAPS stickers are raising production funds on Kickstarter now. A set of four TAPS stickers will cost you around $8(USD) and are expected to start shipping in December 2016, so you could possibly have them in time for the coldest months of the year.