The Coolest Projection Mapping Tech Yet

Projection mapping can offer up some pretty cool visuals. The technique combines using specially designed projections which line up with the surfaces they’re being projected on. But up until now, most projection mapping has been done on either fixed or predictably moving rigid surfaces. 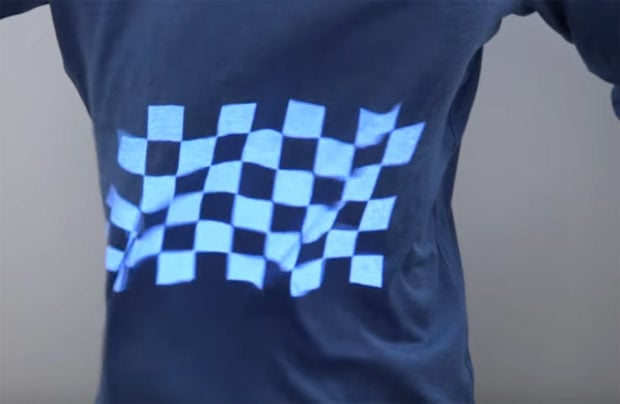 This amazing new technology allows projection mapping to be done in real time against moving objects with unpredictable deformations. The result is images which can bend and flex on surfaces as complex as moving fabric or a sheet of paper blowing in the wind. Check it out in action in the video below:

The technology was developed by engineers at the Ishikawa Watanabe Laboratory, who say it can dynamically adjust images up to 1000 times per second, with just a 3ms delay, so the visuals appear to adapt to their projection surfaces immediately.

I’m not sure of the practical applications for this other than interactive installations and performance, but it’s still really cool.