China isn’t the only place in the world where asshats seem oblivious to how high-beam headlights work. You are supposed to use them only when alone on the roads and shouldn’t shine them directly into the other drivers’ eyes. I’m talking to all of you brodozer drivers out there. In China, using high beam headlights all the time is a big problem.

In fact, it’s become such a huge problem that there are now stickers out there to scare those people behind you with their brights on into turning them off. These highly reflective stickers look like that scary lady that crawls out of the TV in The Ring. 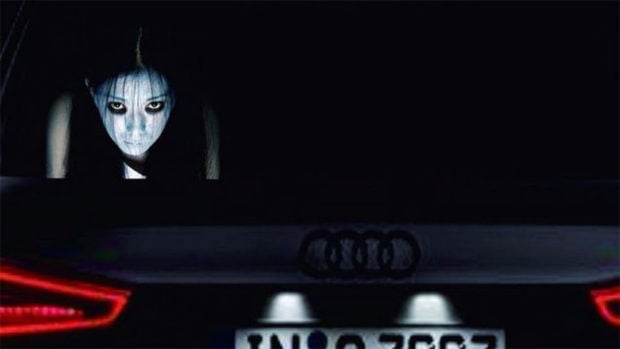 How’d you like to be driving down a dark road and see this creepy bunch staring you down? 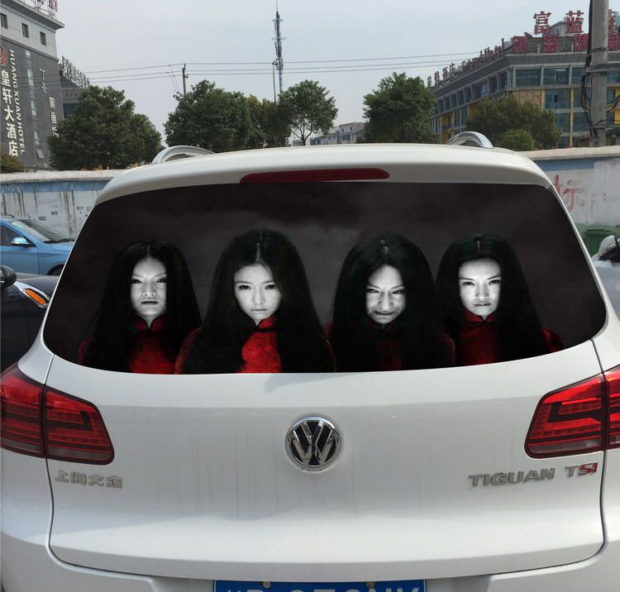 I also like this one that gets right to the point better simply stating, “Turn off your f*king high beam.” 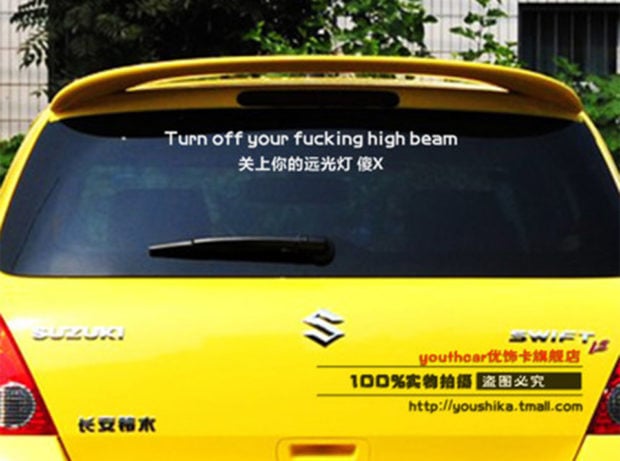