Domino’s and Flirtey have teamed up to offer the most awesome thing in the pizza world since the invention of pepperoni. Flirtey is a maker of drones, you know the quadrotor sort that flies through the air. They and Domino’s have teamed to offer pizza delivery via a drone. 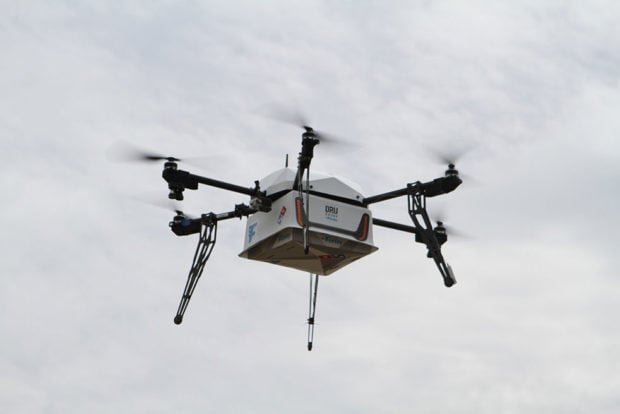 The electric drone deliveries kicked off to select home in New Zealand, but the plan is to roll out the aerial deliveries wider in the coming months. The drone being used is the company’s autonomous DRU model, which has special systems that allow it to operate in a variety weather conditions. When the drone reaches your house, it lowers the pizza down via a tether, rather than landing on the ground itself.

You can see an example of one of Flirtey’s drone deliveries in the video below:

There’s no word on what sort of delivery range the drones are capable of covering, but I totally want drones to deliver my pizza.