When robots attack, people get hurt. It is a sad glimpse into our doomed future. The latest incident involves a robot that is marketed as an educational tool. Educational? More like Dead-ucational. Am I right? 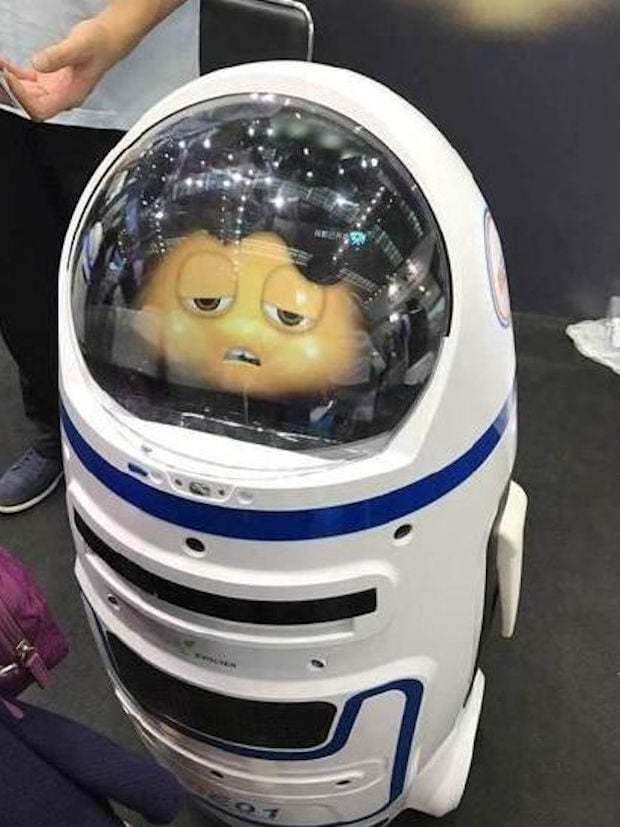 The Chubby Robot was being shown off at the 18th China International Hi-Tech Fair in Shenzhen when it smashed a glass booth, injuring a man. Was this a dry run to see if it could inflict harm? Has the robot alerted other robots that the time is right for attack? I have no idea, but I do know that this is the goofiest looking robot ever to attack a human.

Jumping through a window and attacking someone is pretty gutsy either way. The robots are starting to not give a single F***! An official said that someone mixed up the robot’s ‘forward’ and ‘back’ buttons, sending it crashing into a glass display stand and injuring the guy, but that’s clearly part of the robotic cover up.

[via What’s on Weibo via RT]