Drones are great for filming aerial videos and the like, but what else can we make them do? Well, for one thing they could help with making your Thanksgiving dinner. Autel Robotics proves that it can work. 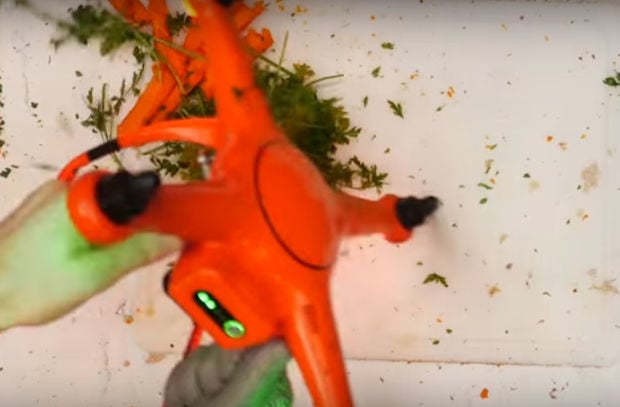 The company used one of their X-Star Premium drones to fry a turkey breast, whip potatoes, and chop carrots to cook a full turkey day meal. I won’t drone on and on about it. You can check out the video for yourself and see if you want a drone’s help in the kitchen during the holiday.

It slices, it dices. It is really really messy! Granted, it is not the most safe or effective way to prepare a meal, but it is fun. You are probably better off using the drone for 4K aerial footage instead.

[via Geekologie via Laughing Squid]