It’s probably safe to say that the least liked character in the Fallout 4 realm is Preston Garvey. He’s super annoying. His laser musket is also super lame. I mean there are weapons everywhere and he keeps using a freaking musket you have to crank to load. I think Preston needs to at least upgrade to the automatic laser rifle. 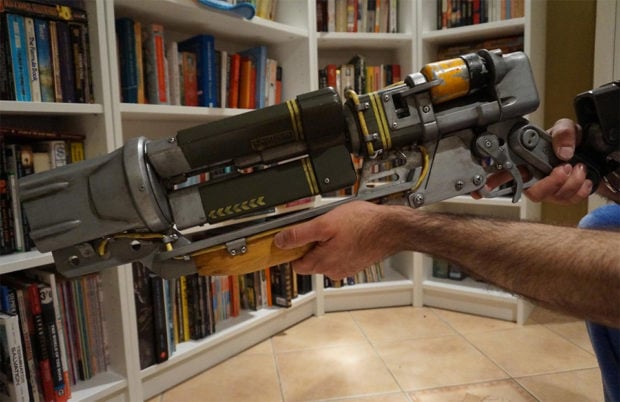 I’m a fan of that weapon and this real life replica of the rifle by Chris Wolfe is spot on. It doesn’t just sit and look pretty either, you can actually pick the beast up and when you pull the trigger, it spins, lights up, and makes the sound effects from the game. Check it out in action in the video below:

If you have the artistic skill and hardware to make one of these yourself, there are full plans available.