This crazy cat house was made by Prefabcat for a cat named Dinni. Since it is an ark, I’m assuming it was designed and built with God’s help, in order to spare cat-kind from an upcoming flood, but I may be wrong. Everyone knows that cats are the only ones worth saving, at least according to cats. 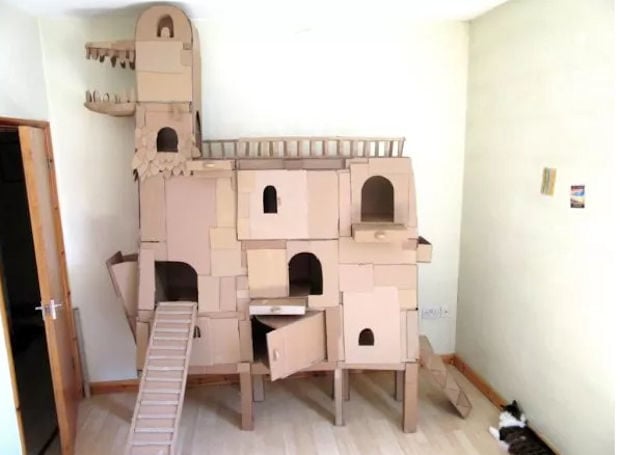 Basically, this thing was built from a bunch of heavy duty cardboard, a hot glue gun, and some bread and craft knives. There’s nothing high-tech about it, but take one look at it and you know that cats love it. It has ramps, pull-out step shelves, windows, even a monster head balcony.

The video suggests that Dinni is really enjoying the ark. Now they just need one more kitty to help repopulate the new world.

[via Geyser of Awesome via Nerd Approved]