The mayor of the Japanese city Beppu decided he wanted to do something that lure in more tourists. What the mayor and his team decided to do was promote their hot springs spas in a very different way – as a “Spamusement park.” Note that this is a SPA-musement park; this isn’t about gross potted meats. 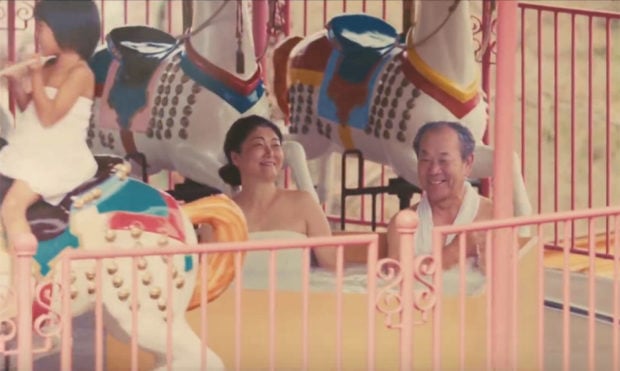 They made a video that shows people enjoying hot springs bath while on roller coasters and other rides. It’s very strange seeing milky white water in the roller coaster cars. I can only assume that water will fly everywhere, and if the ride gets too intense you might slide right out of the car.

The mayor said if the video hit 1 million views that the park would become a reality. It appears he is ready to back up that promise too. The video hit 1.3 million views in only four days and he says that development of the park is now moving forward.