Disney is working to get all the mileage possible out of its Star Wars purchase and as such it plans to turn that boring Epcot Spaceship Earth silver ball into the Death Star tonight. The catch is that the transformation appears to be for one night only and will be done after normal park hours. 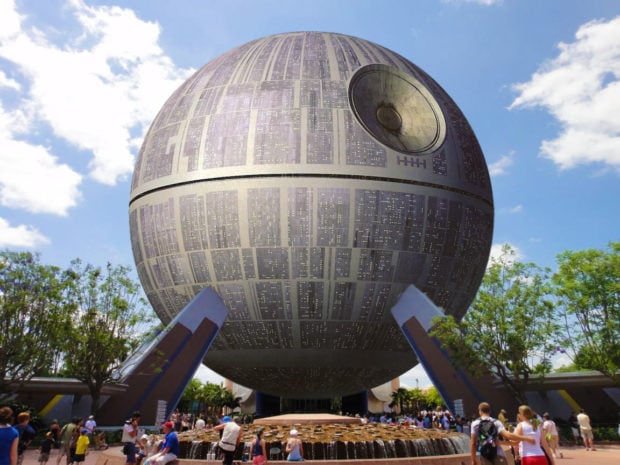 The transformation is to celebrate Rogue One hitting theaters in a few weeks. The temporary conversion to the Death Star will be done with projectors. Lucky registrants via the Disney Parks Blog will get to attend, but sadly all of the slots are already filled up.

I wonder why they won’t leave that up at least until after the movie premiers. I think turning the Epcot ball into the Death Star would be much cooler than what it is now. I rode that ride as a kid not long after it opened and I thought it was boring. The least they could do is replace Walter Cronkite’s voice with James Earl Jones.