If you have ever wanted a grappling hook gun like Batman uses, you’ll want to check out this video in which engineer James Hobson of Hacksmith Industries built a real working version. 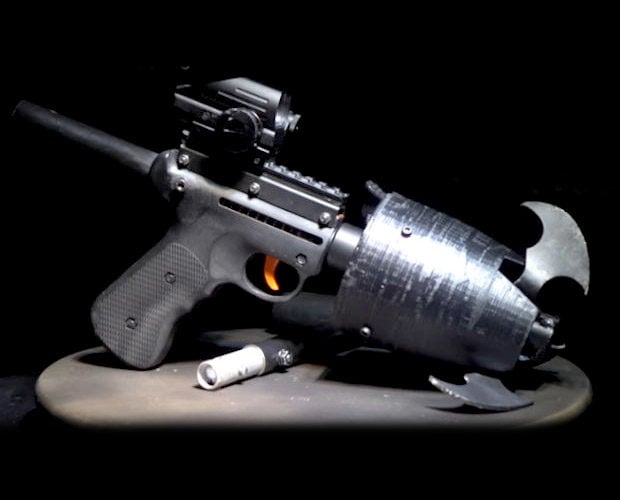 The finished gun is actually nice and compact. It took several tries to get it to fire properly while indoors, and James even got hit in the face by the recoil, but once he took it out in the field for testing, he found that it shoots nice and smooth, and works very well. James doesn’t share the exact details of the firing mechanism, but you can watch him build the Bathook and fire his creation in the video below:

He even used it to shoot a usable zipline between structures:

For his next project, James plans on building an ascension device so that he can climb up the building.

Batwing Desk Light Is Perfect for Your Batcave