Let’s form a band. Cool, I call shotgun! When shotguns and guitars combine, you get a musical weapon that will make you a rock God. You can also take care of those pesky fans that rush the stage and make an example of them. Not that I condone that sort of thing. 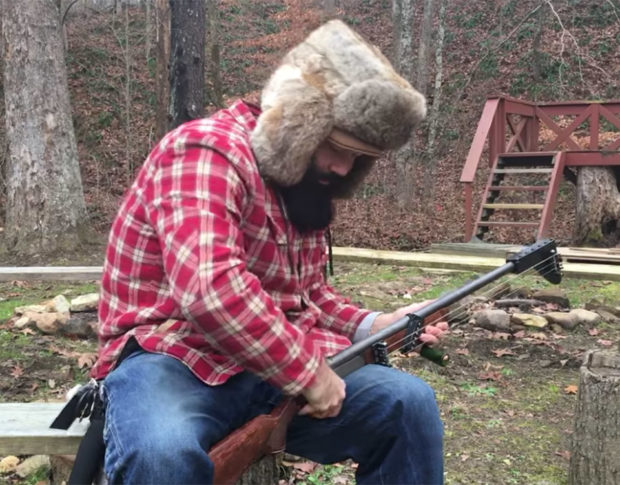 This dangerous instrument was created by pickup designer Bryan Fleming for Reverend Peyton of Rev. Peyton’s Big Damn Band. You can see him fire it at the 15 second mark in the video. That is one dangerous and awesome weapon.

This guitar ensures that wherever he plays, he is the headline act. Who’s going to argue with this guy? Not me.