Look at these people cheering and hopping around. You might think they just won some sort of cosplay contest or something judging by their outfits. But what you are about to watch is the aftermath of someone winning a Rock, Paper, Scissors contest. 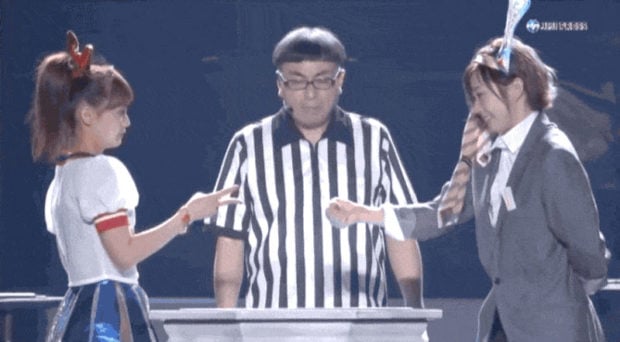 I mean I haven’t played Rock, Paper, Scissors since I was ten and needed to work out who would get the top bunk at the sleepover. It turns out that Japan has a full on circuit for the game, also known as Janken Taikai. The contest has something to do with idols and the cosplay is apparently an integral part of the competition. Check out the excitement in the video below:

i have concluded that this is one of the greatest videos on the internet pic.twitter.com/4uARohKNwp

That referee is clearly a fan of Moe Howard from the Three Stooges.