These are the voyages of the USS Gingerprise. It’s on a five year mission of deliciousness.Or at least it was, until it crash landed in the snow. 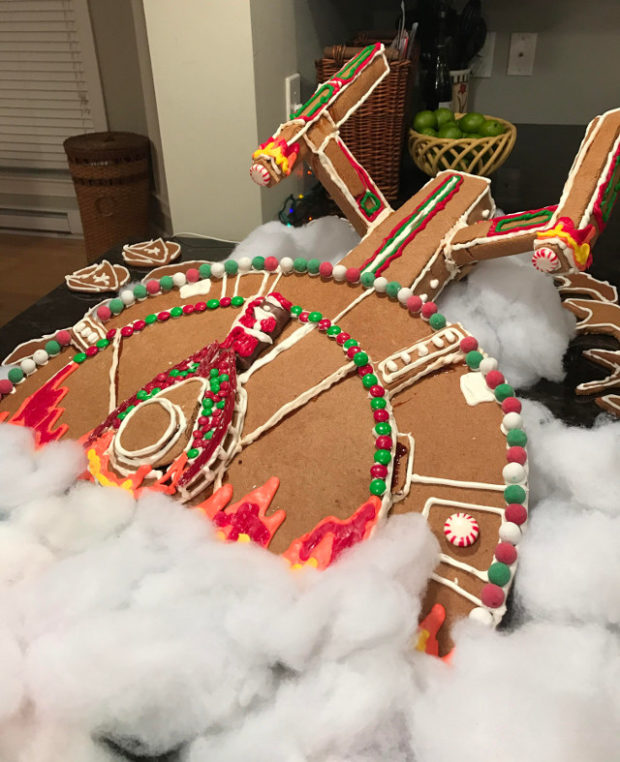 This delicious starship was made by Redditor ejustice and modeled after the scene in Star Trek Generations. But even better than this gingerbread ship simply existing to make us hungry, another Redditor nicholmikey superimposed the picture of the ship into the actual movie scene, so we can see the part where it crash lands.

I hope it crashed on a planet where the inhabitants don’t just rush to the crash site and start eating the ship. In other words, this ship is lucky it didn’t crash at my house.

[via That’s Nerdalicious via Geekologie]