Adam Savage is like a modern day Leonardo Da Vinci. I don’t think there’s anything he can’t do. This time, for the latest project in Tested’s One Day Builds series, he built a pedal-powered walking Strandbeest! 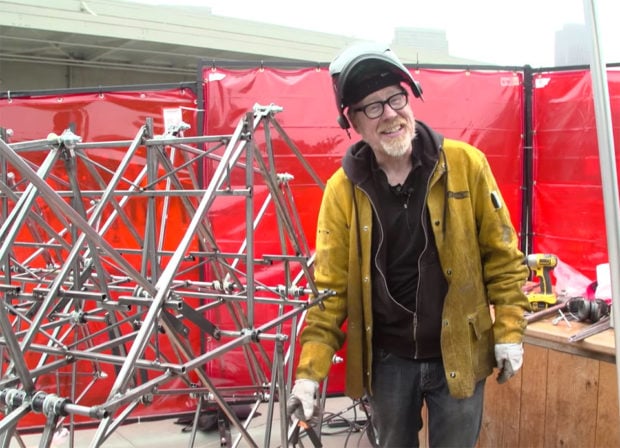 Obviously, the build was inspired by the walking machines of Dutch artist Theo Jansen, who gave Savage some advice about how to build one of his own. This was an interesting project for Adam Savage since he assembled his own design as an Artist in Residence at the Exploratorium science museum in San Francisco. The outdoor build was open for to the public, so he had to test and problem-solve the build on site. No pressure.

He did a great job, but as you’ll see in the video, things get tricky thanks to some shoelaces getting stuck, and miscalculation or two. In the words of Mr. Savage himself: “Failure is always an option.”