For the most part I don’t like people. I love the wife and kids even though I want to choke them out every now and again, but the other people in my life I can pretty much live without. That means the only thing I really miss from Texas now that I live in Colorado are the fast food burgers – specifically Whataburger. I am here to tell you that Culver’s is NOT the same.

In Japan they take their burgers seriously too, though often they have weirdly colored buns or strange toppings on them. This burger doesn’t need no stinkin’ buns and just uses meat instead. That means you have what appears to be an egg, cheese, and other stuff slammed between a big stack of juicy patties. 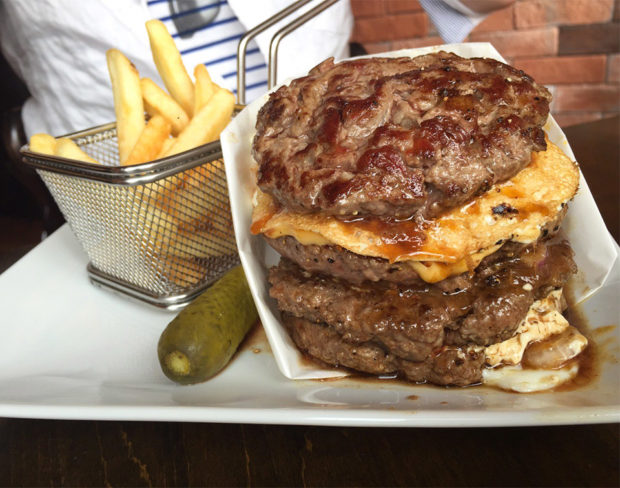 You can even get meat with your meat (I should toss in an Xzibit meme). I’d totally eat this (minus the egg), though it does looks like Japan likes to skimp on fries. The burger is called the Wild Out and you can get it at Shake Tree in Tokyo for 1450 yen, or about $12(USD). That’s not much different than what I used to spend at Whataburger.