Massive Drone Pulls a Snowboarder into the Air

I sat here and watch this video of this gigantic drone pulling a snowboarder around and wanted to call BS right way. The problem is that I am half convinced this is legit and they actually did this. After all, passenger Casey Neistat is known for pulling off some impressive stunts, like that time he went snowboarding through Manhattan. 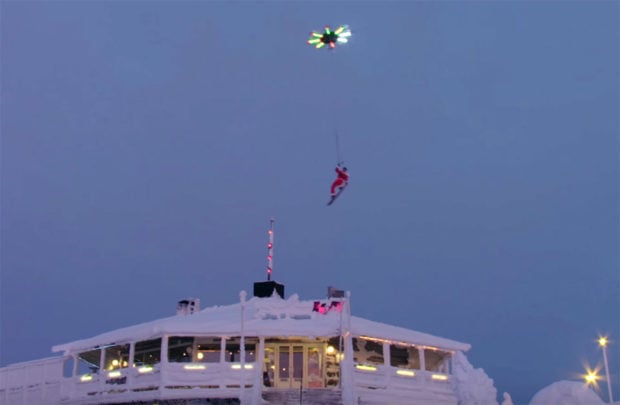 Plus, we have seen a drone pull a surfer in the past and this drone looks quite a bit more powerful. Neistat not only gets pulled down the slopes but up into the air and flown around like a guy hanging from a rescue helicopter.

I don’t know if it’s real or not, but it is awesome. You can watch both the video and the behind the scenes video here and see what you think.

Fake or not, it’s awesome and Finland is a beautiful place.