Pimp My Ride was a show where vehicles were made into luxurious and often gaudy pimp-mobiles. Carjackers is a new UK show that is the opposite. They want to make each car as ugly and nasty as they can, like with this chicken nugget car. 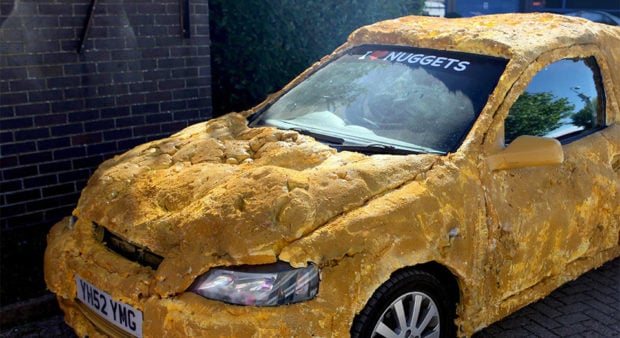 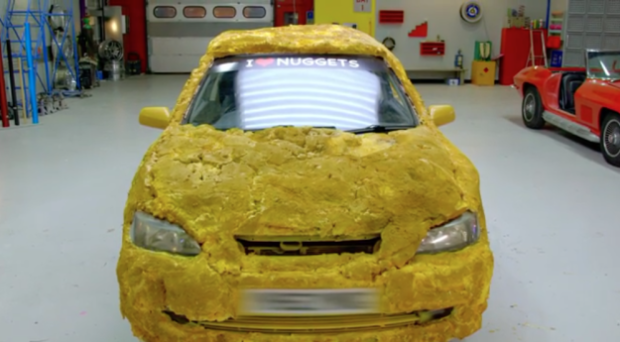 A fine young woman named Sara brought this car to Carjackers so they could work their magic. It belongs to her fiancé Dan who’s crazy about chicken nuggets, so naturally she wanted the guys to turn the car into a mobile nugget. This is the end result. It is pretty gross, that’s for sure. This makes me actually want to never eat a chicken nugget again. 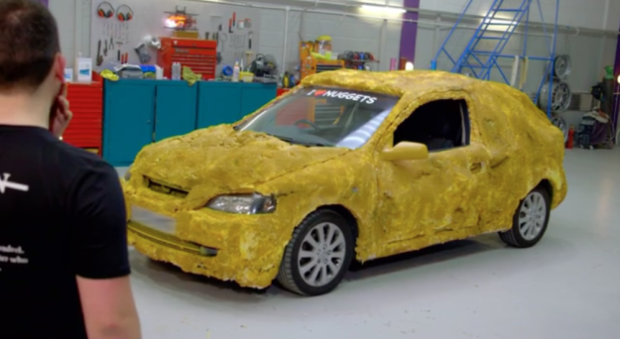 It isn’t really made out of chicken nuggets, but that would have been even nastier. They really should have replaced the wiper fluid with barbecue sauce. 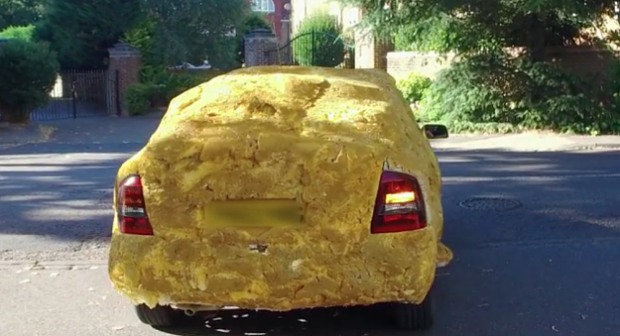 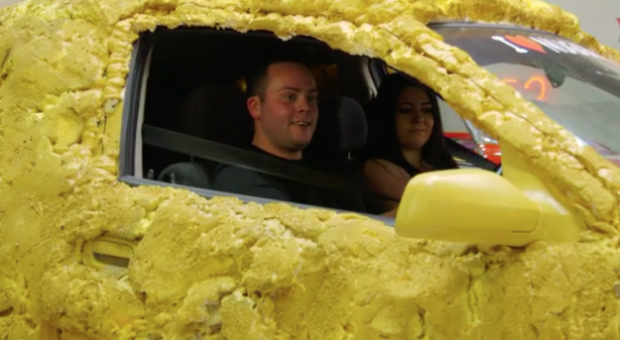