The Kissenger Robot Phone Sends Kisses to Far Away Loved Ones

Are you away from someone that you love during the holidays? That can be tough, but now sending them a kiss is easier than ever. The Kissenger is a new smartphone peripheral that allows anyone to send a virtual kiss live via video chat. It is also very unsanitary. Just saying. Don’t share your kissing phone people. 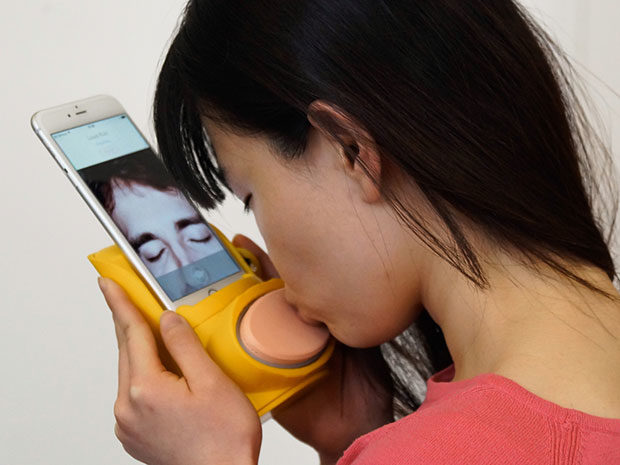 It’s a bit larger than a protective case and has an oval silicon lip area thing that looks creepy at the bottom. Thanks to high precision force sensors, your lip movements can be replicated on the other end. It will only look foolish on your end as you pucker up. 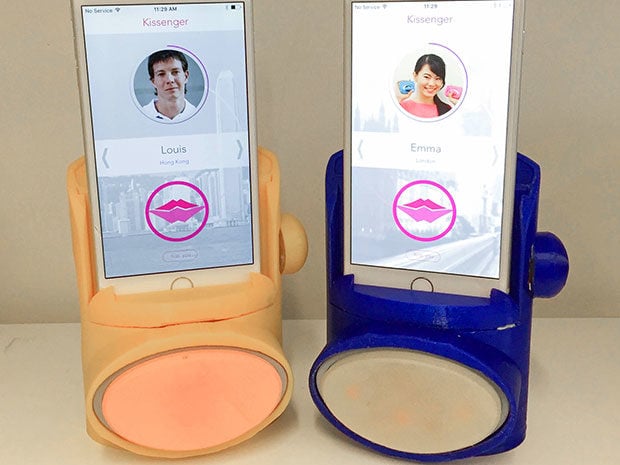 The device will also collect data like blood pressure and heart rate in a lab setting, to see if users can be affected in the same way that they are by a real kiss. Maybe one day subjects won’t able to tell the difference between a kiss from a person and a kiss from a device like this, though I am sure that that day is far off. They could have at least made that silicon area look like a pair of lips.