AWEme loves to make fan’s dreams come true for everyone, except me apparently. I’m not jealous though. No really, it’s cool. The latest from their Super-Fan Builds series has them building an awesome Dungeons & Dragons table for a fan of the classic RPG. But not for me. I didn’t want one anyway. Let this guy have it. 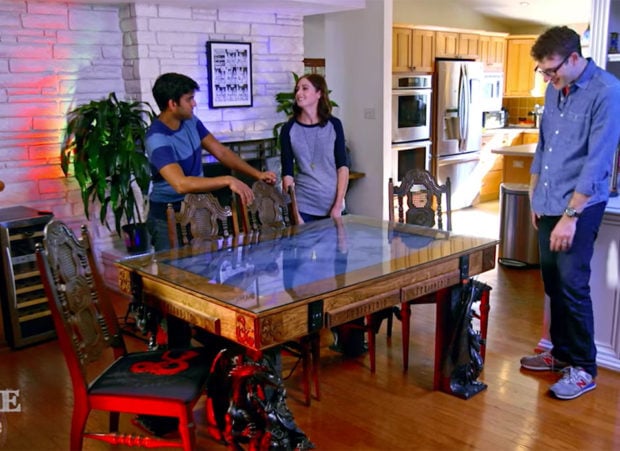 This D&D table is pretty amazing. It can be used as a dining room table and an awesome gaming table. It has all sorts of bells and whistles built in, including a big-screen TV that works as an interactive gaming surface. It’s also got all kinds of neat and intricate D&D inspired details like a giant king battling a dragon on each of its legs.

You can check out all of the features and watch how it was built in the video. No, I swear I’m not jealous at all.