NASA Mars Ice Home is Like a Frozen Innertube

NASA Langley is showing off a new concept dwelling that astronauts might one day live in on the surface of the Red Planet. The concept is called the Mars Ice Home, and as the name suggests, it’s cool. The structure is simple enough and can be moved with basic robotics. 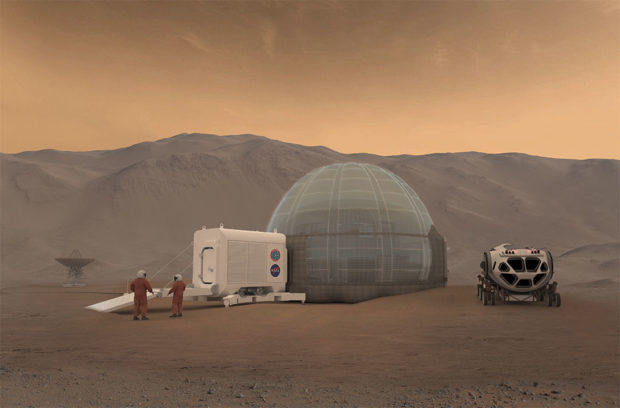 It has a torus shape, which is the shape of an innertube. The structure would be erected and then filled with water that freezes into ice. The reason for the ice is because it’s apparently a great way to shield astronauts from cancer-causing cosmic rays.

Once the shelter is no longer needed, that ice could be melted and used to help make rocket fuel. The structure could also be used as storage for future missions. This is one of many dwelling concepts NASA is eyeing for a potential manned mission to Mars.