Pusheen the cat is one of those characters that turns up in all sorts of products. You might not know that Pusheen has a sister called Stormy. Stormy looks just like her sibling, only she’s fluffy like a sheep.

Stormy also reminds me of this girl that rode on my bus when I was in fourth grade with the same name. Stormy was a 7th grader and was kind of hot but also kind of an asshole. At least Stormy the cat won’t try and beat me up because I didn’t think she was the cutest girl in the neighborhood. 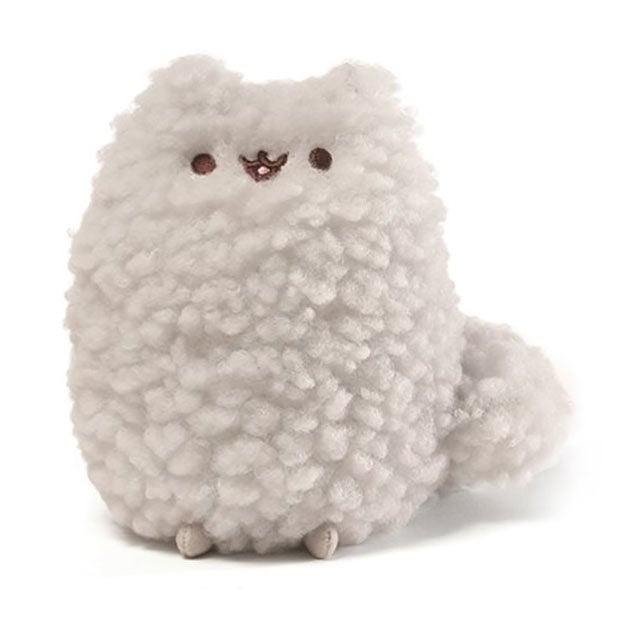 Plush Stormy has no hard parts, so it’s cool for kids 1 and up, and definitely won’t throw any punches. Stormy the cat is going to launch in March 2017 and will cost you $19.99 at Entertainment Earth. Should Stormy ask you if she is the cutest cat, just say “yes.”