Stop-motion Mario Made with Rubik’s Cubes

Two of the most frustrating things that I played growing up were Super Mario Bros. and the Rubik’s Cube. As a kid in the ’80s you were guaranteed to get at least one Rubik’s Cube each Christmas or birthday. I always resorted to pulling the stickers off because only some kid on That’s Incredible could actually solve that thing back in the day. I was always frustrated by Super Mario Bros. on the Nintendo because I could never beat the game. I’m still pretty sure it cheated on those higher levels. 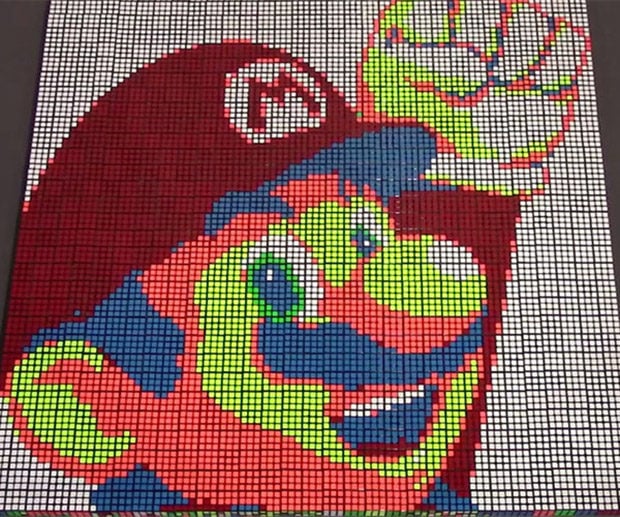 Some geeks have combined Super Mario and the Rubik’s Cube into a cool stop-motion animation video that’s as ’80s as it gets.

The guys from Japanese juggling troupe Synchronicity must have spent a whole lot of time putting this together, even if they pulled the stickers off the cubes like I used to.