Netflix offers so much great original content right now, it is hard for anyone who has a subscription to be bored. But if you do get bored, or if you’ve watched every program you want already, you can now kill some time with Netflix’s new browser game. Netflix Infinite Runner is open to both subscribers and non-subscribers alike.

The game features characters from Netflix’s hit original shows and is completely free. It’s basically a simple infinite runner. The only actions you can do are to jump with a press of the spacebar, or double-jump higher with a double press of the key.

You choose from four characters, including Narcos’ Pablo Escobar, Marco Polo’s Marco Polo, Orange is the New Black’s Piper Chapman, or Stranger Things’ Mike Wheeler. Each one has their own themed level, like running through the jungles in Columbia, or running from prison guards, or escaping Hawkins National Laboratory with a Demogorgon on your tail. Each game features chiptune music from its show’s soundtrack too. 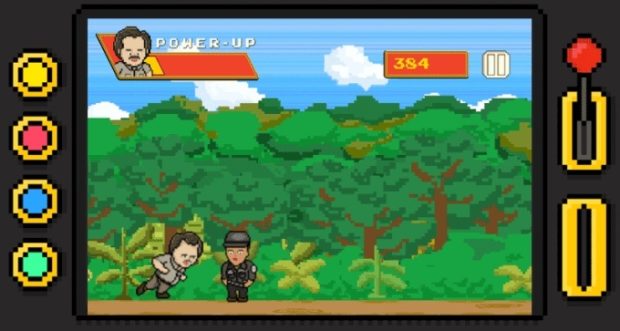 It is a fun game if you need to kill a few minutes. It will be interesting to see if Netflix does more of these for their shows.