After the release of the NES Classic Mini, we are all wondering what console Nintendo plans to miniaturize next. Well, the folks at Kei Studio clearly want a Game Boy Classic Edition, and they don’t want to wait for it. Instead, the hacked together their own and it is pretty awesome. I want one. 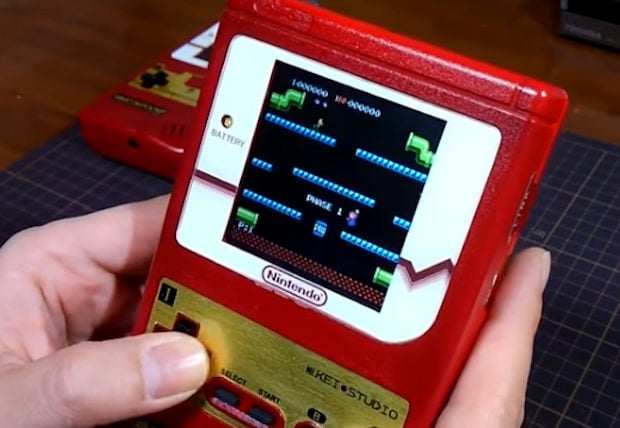 However, The Famicom Pocket doesn’t play Game Boy or GBA games at all. No, it is much cooler than that. The guts inside were replaced with the guts of the Japanese Famicom Classic Mini. So you can play classic NES titles in 8-bit color, instead of the grayscale games that the Game Boy was known for. This pleases me greatly.

You can find in-depth build details on the Kei Studio website, and in the video the team posted to YouTube if you want to build your own. And of course you do. Better get to work on that. As long as you are skilled enough anyway. It doesn’t look like an easy build.