The Backyard Scientist is back and his latest project involves a killer knife that will slice through anything because it is traveling on a track at 150 MPH. Pretty scary, but also pretty awesome. 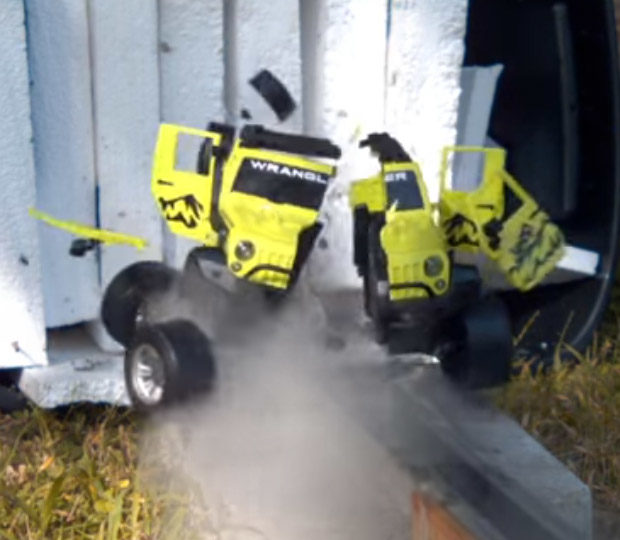 The idea was to recreate his favorite Mythbusters’ experiment where they sliced a car (and a boat) in half with a rocket sled. Well, he may not have the Mythbusters’ budget, but he built one on a smaller scale. Watch as this thing chops a toy Jeep in half, along with a chicken, some steak, and fruits. This things slices meat like an expert butcher.

Rocket knifes are awesome and I want one.