Star Trek: The Original Series Bird of Prey Has Flashy Lights and Sounds

If you’re more Kirk than Picard, this is the Romulan Bird of Prey for you. This replica is modeled to look like the ship from the original Star Trek series. 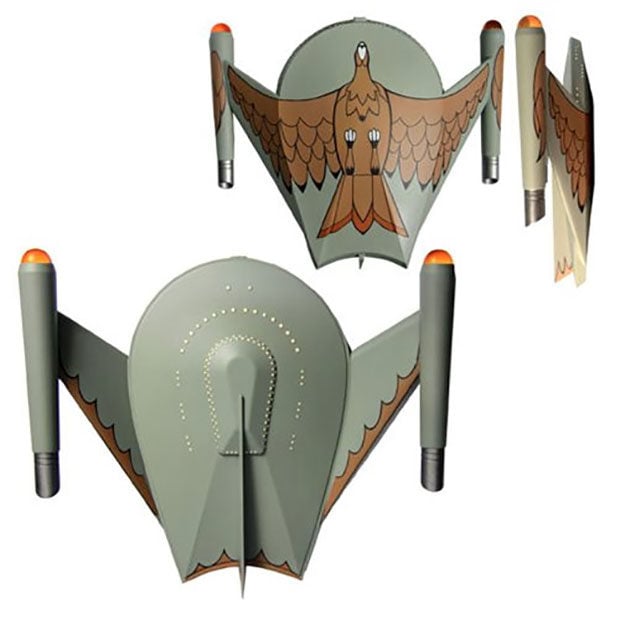 The ship has a wingspan of 12-inches, and comes packed in a special 50th anniversary full color window box if you are the sort that buys cool stuff and never opens the package. It also features lights, sounds, and dialog from the original series, which you will never hear if you don’t remove it from the fancy box other than the “try me” feature you can activate from outside the box.

I never was an original series fan, so I had no idea they had Birds of Prey with an actual bird painted on it. You can get one at Entertainment Earth for $59.99(USD).