The Space Shuttle was awesome. Granted, there were some tragic accidents during the Shuttle program that cost the lives of astronauts, but overall the program was a raging success. OliveSeon created a LEGO tribute to the Space Shuttle, and it is awesome. 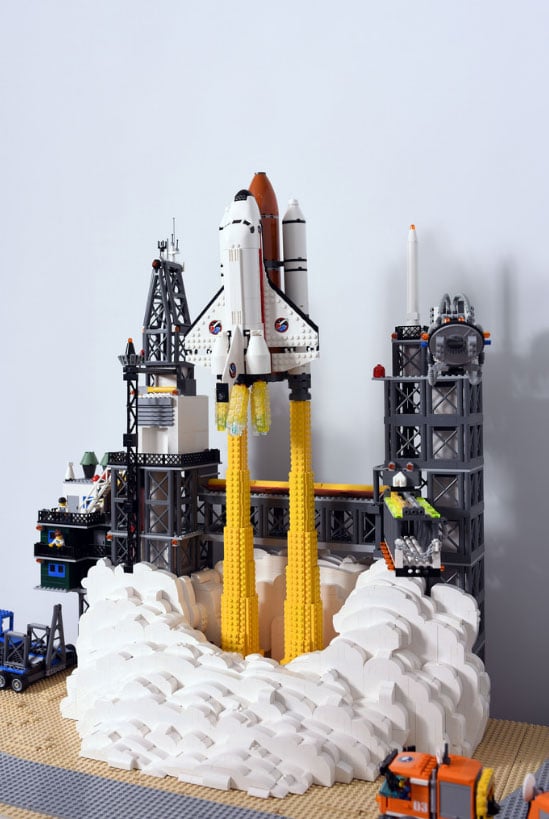 It’s not just sitting around. This shuttle is in mid-lift-off, sitting on twin pillars of yellow plastic and plenty of white, fluffy brick smoke at the bottom. 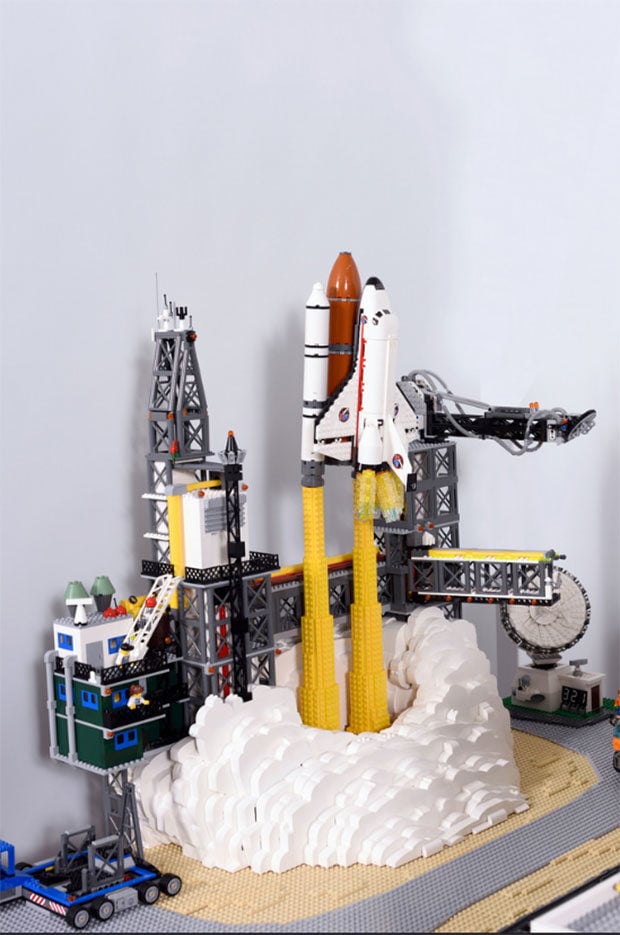 This may be the coolest LEGO Space Shuttle I have seen. I think the smoke makes it even more awesome than the one we talked about that was on the giant crawler thingy that carried the Shuttle to the launch pad. What do you think?