Growing up, there were only stormtroopers with white armor, and the occasional black outfit on a TIE fighter pilot, but in the new Star Wars flicks you get some red and even a silver stormtrooper. If you want to add a little variety to your stark black and white trooper collection, here’s your chance to own some cool action figures. 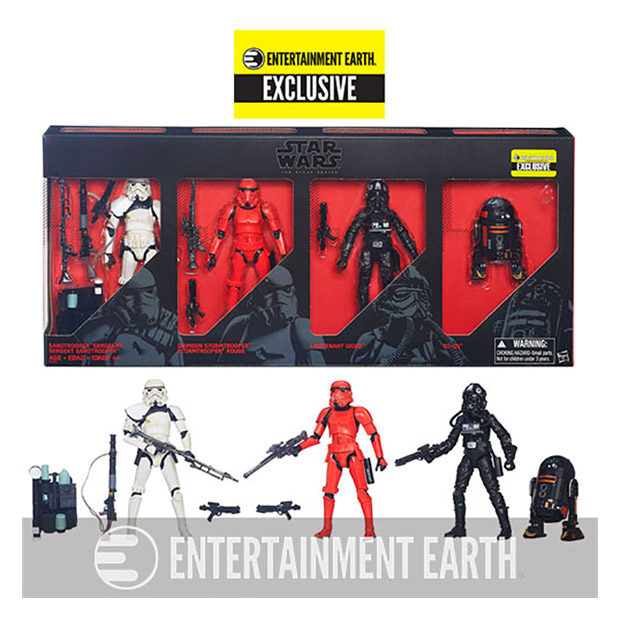 The Black Series set includes a 6″ Sandtrooper Sergeant, a Crimson Stormtrooper, a TIE fighter pilot, and a black R2-Q5 droid. They come with weapons and other accessories.

You can get the entire set a an exclusive at Entertainment Earth. The set is on sale right now for $45.99(USD) and normally costs $99.99.