Christmas may have come and gone already, but the cool thing about the best Christmas flick of them all – Die Hard – is that it’s not nearly as weird to watch post-Christmas as say, Elf. 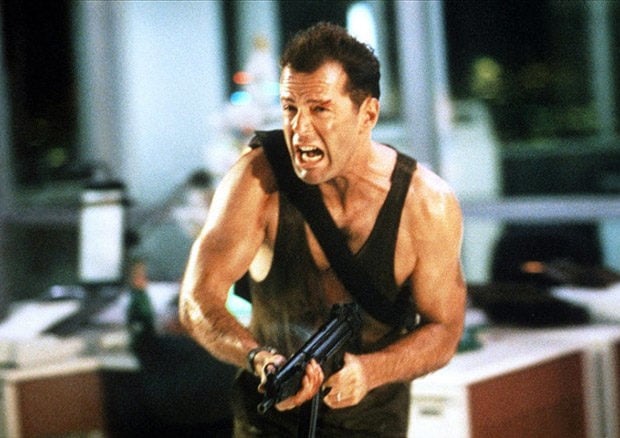 A CineFix video was circulating before the holidays that I somehow missed which explains some things about the classic action flick that you might not have known about.

The coolest is in the final scene where Alan Rickman falls from the top of the building. Rickman had agreed to fall 25-feet to an airbag below for that scene. The people handling the stunt told him they would drop him on the count of “three, two, one, GO!”

Instead they dropped him on the “one” to get a more realistic reaction. He was sure surprised. Check out the video for some other cool facts about the classic flick.