Deadpool definitely has a butterface, but he’s funny so that makes him an honorary “3” on the hotness scale. This wooden Pin Mate from Bif Bang Pow! features our pal Mr. Pool with his mask off. 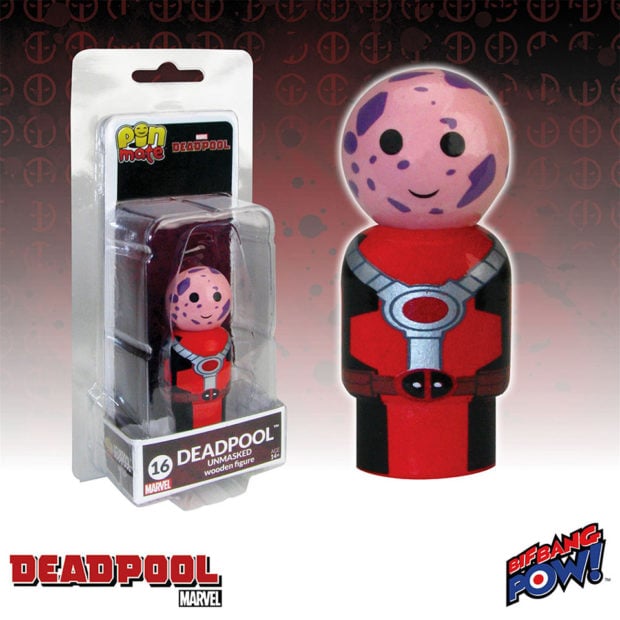 Pin Mates are 2-inch scale collectible figures that look like those little characters that you would cram into the holes in the wooden bus as a toddler. The maskless Deadpool action figure is 16 in the series, and there are a couple of other Deadpool figures available, including a masked Deadpool, and one with an X-Force costume. 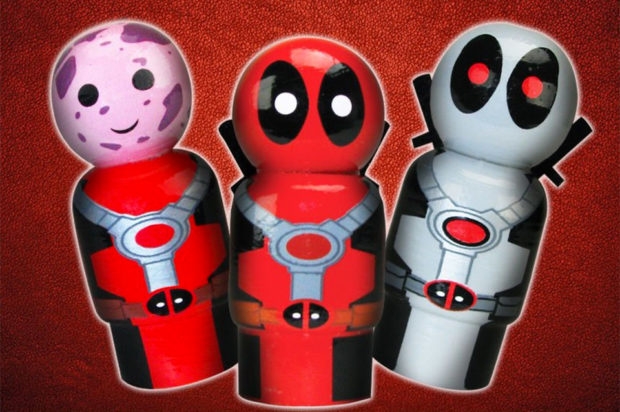 It’s backordered at Entertainment Earth right now, but should be back in stock soon.