I’ve made it very clear that i am a huge fan of Stranger Things on Netflix. It’s hands-down the best show that Netflix has ever made, and makes their other shows look dowdy by comparison. It helps that as a child of the ’80s I can very much relate to all the things the kids were into. 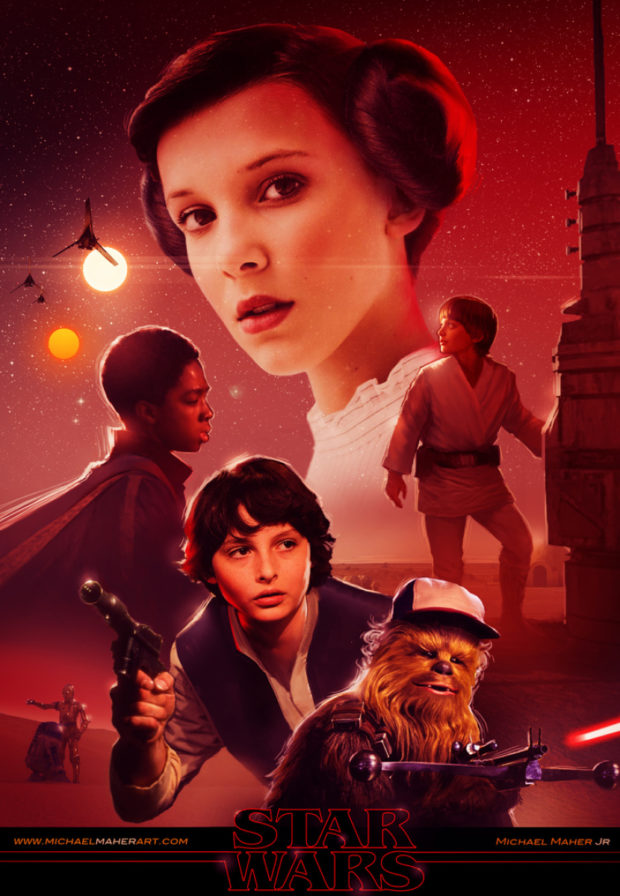 You’ll notice that Dustin isn’t pictured – instead Chewie is wearing the kid’s trucker hat. Dustin’s curly hair does remind me a bit of a wookiee, so I guess that makes sense.