Super Mario Odyssey for the Nintendo Switch looks pretty good – especially those bits where he’s roaming around the big city. But I think we can do better. We need to put Mario into Grand Theft Auto. And that is just what CrowbCat did. He used a GTA IV mod, made by JL MODS HD, that turns the main character into Mario. Lets a go! 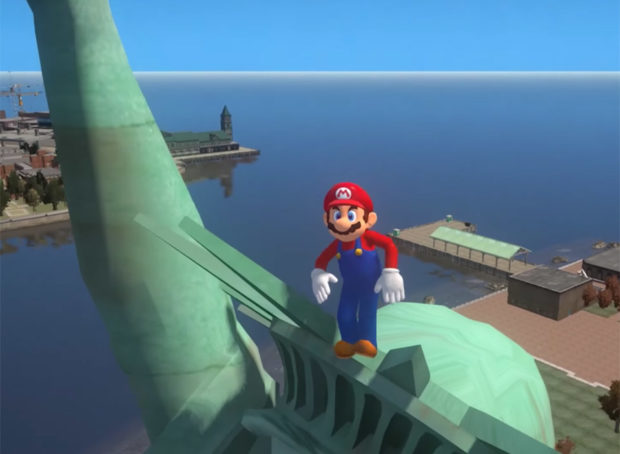 Check out this video that places Mario in our own chaotic world. In this case Mario gets a little too real as he does things like walk in front of a speeding vehicle, bleeds out in a bowling alley, gets chased by a gang of thugs, and even hijacks a helicopter. Check it all out in the video (note: there’s some PG-13 language)…

Honestly, this would make a much better game in my opinion, but it isn’t kid friendly, that’s for sure.