Watch an Underwater LEGO Train Swim with the Fishes 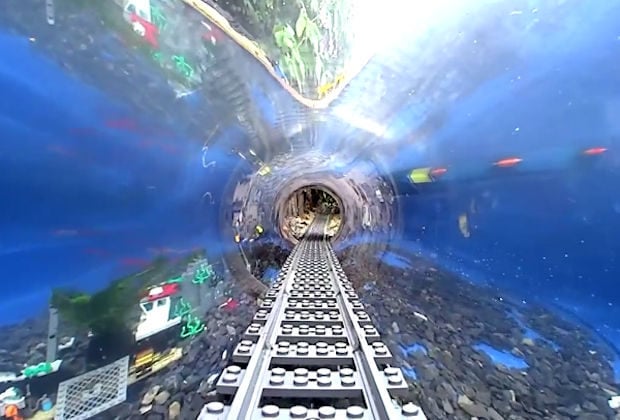 It is an awesome little adventure for the viewer. If I were a tiny LEGO man, I would pay Bananen to take rides on this thing all day long. Sadly, the pipe springs a leak at the end of the video, so I would probably be a dead little LEGO man.

Also, check out the night footage of the train’s travels:

He’s got a complete LEGO habitat in his backyard, and he’s even figured out how to build a LEGO train 360º loop without falling off the tracks: