This is strange and wrong on so many levels. This fish is driving around in and controlling its own aquarium. Has it caught on to what is happening? And if so, will it eventually want a mech suit so it can destroy us all? 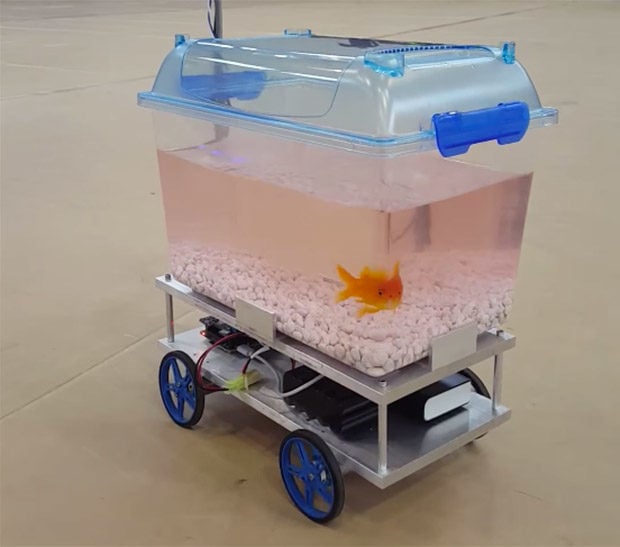 I’m not sure why I find this so unsettling, but I do. Think about it. This fish is moving around in and driving it’s own little ocean that it can never reach the edge of. The speed and direction of the robot tank are determined by the position of the fish relative to the middle of the tank, so it changes as the fish swims around. Creepy. This would be like you taking your hometown with you as you travel.

The robot was built by a group of friends for Build18 at Carnegie Mellon University. Just don’t let it near a mech suit!