Adam Savage will never stop building awesome things. Why would he? The man has the coolest job in the world. He gets to play all day and come up with cool new toys and make them a reality. His latest project is for Tested’s One Day Builds series, in which he built an awesome ping pong machine gun, using a leaf blower as its source of air. 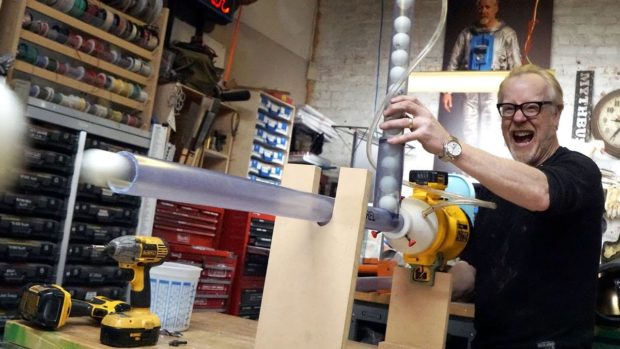 He wanted to build this rapid-firing ping pong ball weapon since he was a child, and it looks like he’s fully achieved his big dream. This weapon will be used in his and Michael Steven‘s (Vsauce) upcoming touring show Brain Candy Live.  Judging by this build, we don’t want to miss it.

If you don’t have the time to watch the whole build, you can skip to 18:25 to see it in action.

The ping pong machine gun really should be involved in some kind of new Olympic sport, where teams shoot each other over long tables and score points.