Fans of Rick and Morty know all about Mr. Meeseeks. This friendly character was created to appear with the push of a button, solve a simple problem, then quickly extinguish itself. His genetic composition and mental health were never engineered to handle the complexities of a life outside of that single purpose, and sticking around for too long causes Mr. Meeseks untold amounts of physical and mental anguish.

Now you can let a Meeseeks out of its box with this window decal from Alpha Design. 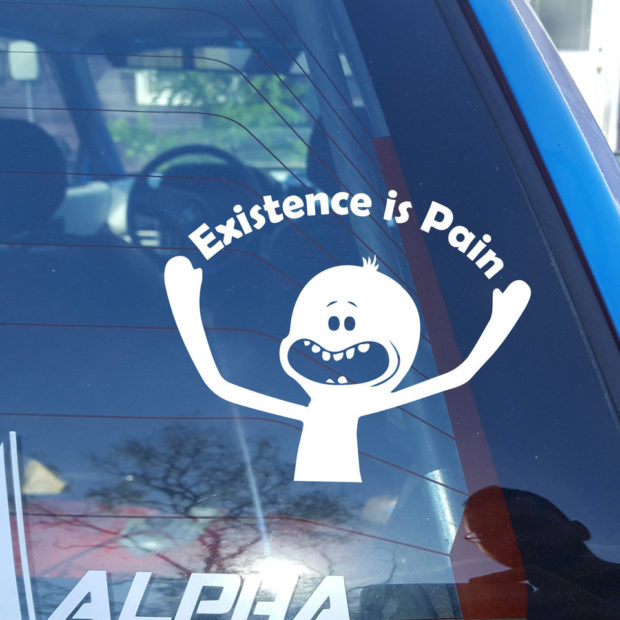 People will think you’re being cruel, perhaps having asked Mr. Meeseeks to sort out the political mess in Washington, or maybe you asked it to listen to your dating problems. Either way, this Meeseeks will be trapped endlessly in your car, with no end to its painful existence in sight.

You can grab one for your car window over on Etsy for just 5 bucks, a small price to pay to endlessly torture a species that meant nothing more than to be helpful.