Who Doesn’t Want to Eat Noodles with a Giant Sword Fork?

Look at this picture. Yes that is a giant Final Fantasy sword with a fork at the end. With it you can slay yourself some delicious noodley dinner. 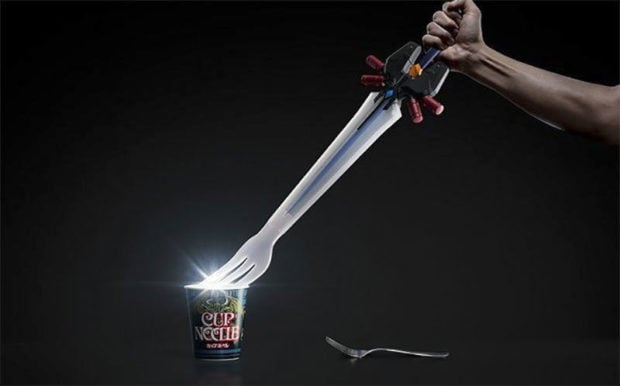 Apparently, the only way you can get this 24″ long fork is by winning a contest in Japan. However, you can buy some Final Fantasy packaged Cup Noodles. These noodles are tasty and perfect for people who want to eat, but have little money. We’ve all lived off packaged ramen at some point. I just think having a giant sword fork would make the noodles taste better. 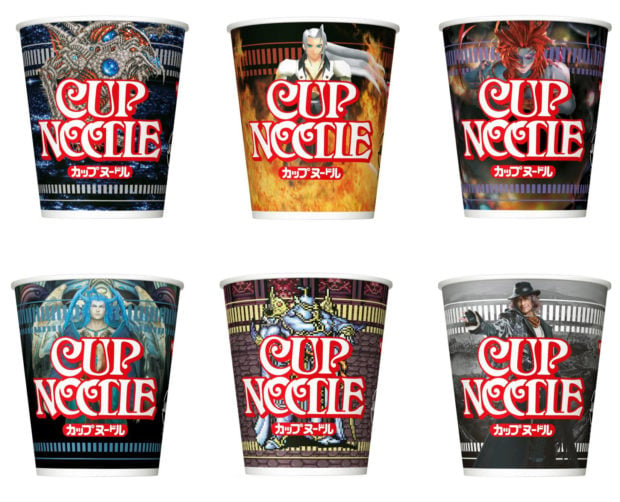 Granted, a fork this massive would take all the noodles out of the cup at once and that is just asking for a major lip burn. There appear to be 16 different special Final Fantasy Boss Collection Cup Noodle packages, and Japanese fans can pre-order them now. Pre-order noodles?