Emulating a bat’s complex flight patterns has been a hard task for scientists, but now they are getting somewhere. With over 40 joints in their wings, bats offer a challenge. By simplifying that wing structure into just nine key joints covered by a flexible membrane, scientists have created Bat Bot B2. 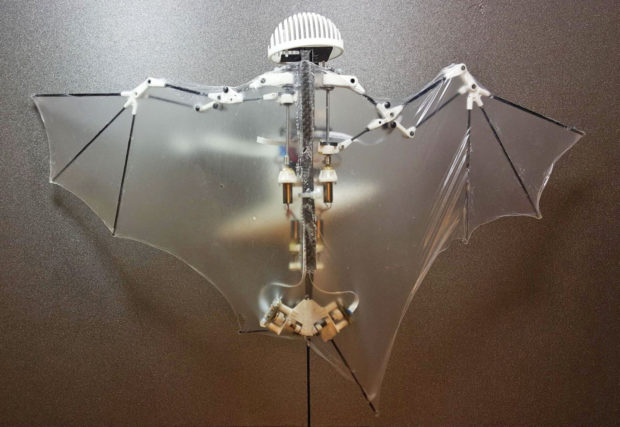 Scientists from the Jet Propulsion Lab and the University of Illinois Urbana-Champaign developed this drone that Batman would love to have in his utility belt. It has carbon fiber bones and 3D-printed socket joints. It weighs just 93 grams and the silicon-based wing membrane is just 56 microns thick. This robot bat has with a one-foot wingspan. Just like a real bat, Bat Bot B2 can move each wing independently and constantly change each wing’s shape to perform complex maneuvers. Interestingly, the flapping motion conserves battery power.

This could be a great robot for surveillance and search and rescue needs. It will interesting to see what comes of this one. This is a big step in animal mimicry.

[via CNet via Engadget]