Magikarp Snack Gives the Most Useless Pokemon a Purpose: Food

Pokémon fans probably know that Magikarp is pretty damn useless. In Japan, a new snack in the shape of the Magikarp has turned up, and it may be the most useful evolution of the character. 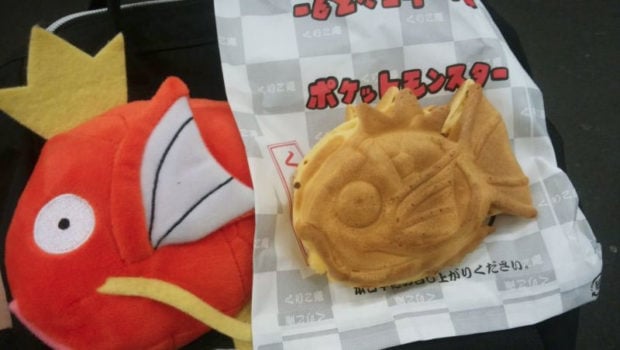 It’s available at a Taiyaki shop called Kurikoan and is called Koiking-yaki. Apparently the Magikarp is called Koiking in Japan. If you are wondering a taiyaki is a fish-shaped cake that is filled with red bean paste or custard. Bean paste doesn’t sound very tasty, but that’s just me.

The treat sells for about a dollar, and comes in a bag that features the lyrics to the theme song for the character. I had no idea Pokémon had theme songs.

This might be just the snack if you are out hunting for water Pokémon in Pokémon Go.