Hey look. Robots are playing that claw game – and fish are the prize. Yes, MIT engineers have developed transparent hydrogel robots that are fast and strong enough to capture living fish. It’s cool, but also kind of creepy. 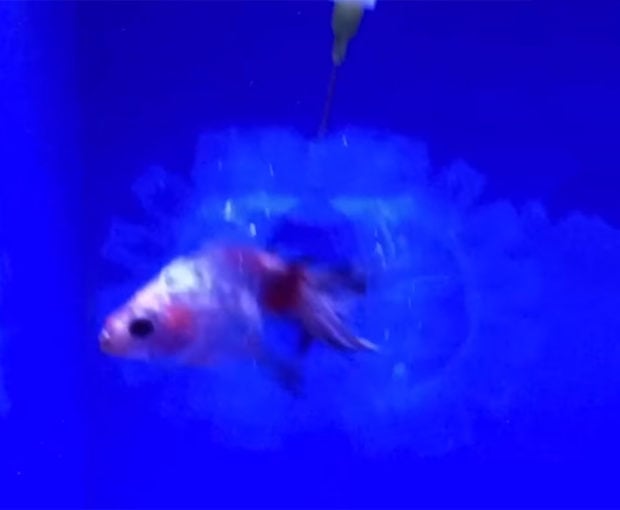 The hydrogel is shaped via laser cutting and 3D printing and can be controlled by injecting water through hollow channels in its structure. This allows for faster and stronger motion. The robotic gripper in the video demonstrates the process. As the fish swims past its claw, it grabs its helpless victim, then presumably drags it back to it’s underwater robot lair.

Beyond their light weight and flexibility, the other benefit to this design is that the robots can be nearly invisible. You know what they say, catch a robot a fish it will will eat for a day, teach a robot to fish and it will eat for a lifetime. And also someday rise up to kill you.