Someone Built an Entire Functional Pokémon Game Inside Minecraft

Prepare to be blown away, Pokémon fans. what you are about to see is a video introduction to Pokémon Cobalt and Amethyst, a complete 60 to 80 hour game built inside of Minecraft. You read that right. Is your mind blown? It is an entirely new way to catch them all, inside of another game. It’s a mystery, wrapped in an enigma, packaged into an inception. 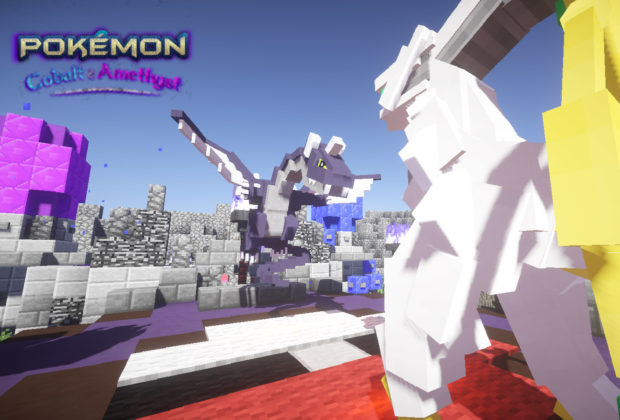 It’s based on the classic battle, capture, train gameplay of Pokémon, but a completely original creation.

The map places itself in a never-before-seen region, featuring a new set of 136 Pokémon and a new story dominated by an antagonist threatening to release a Legendary darkness that demands tribute. It is your task to seek the truth with the help of the region’s Professor and your rival – either capture it before it’s too late, or take Team Tempest down while saving the lives of those closest to you.

This project took its creator Phnixhamsta over three years to complete, but you can get it in an instant. Anyone with Minecraft version 1.8.8 or later can download and play it. Get it here.

Check it out while you can, before Nintendo lays the smackdown. Intellectual property lawyers are no fun at all.

[via Kotaku via Geekologie]