Check out this video that demonstrates the Fanimation Air Shadow ceiling fan. This thing is basically a Transformer for your ceiling. The blades stay retracted until it gets up to speed, then they spread out. I just can’t think of a good Transformer name for it. Spin-imus Prime? Arm-itron? 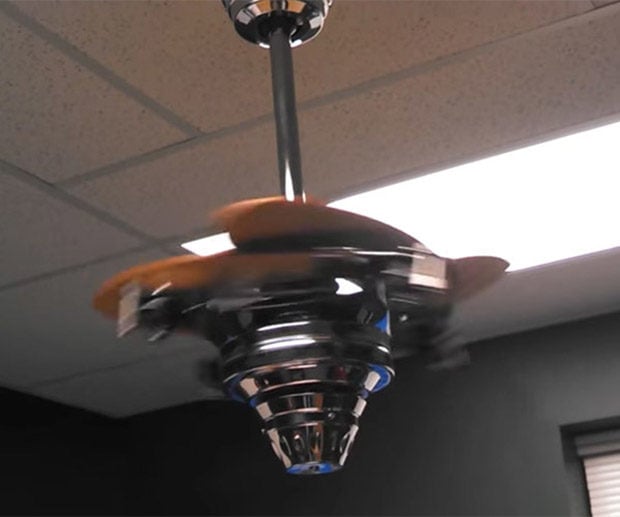 It looks like it moves a lot of air. Which is what it should do. It also looks like it could seriously chop your head off when it gets up to speed, which it should not do. Definitely a Decepticon.

It’s pretty cool as far as ceiling fans go. I love the way it swings its arms out as if to say it’s alive.