One Friday night a couple weeks back I was bored and watched This is the End again. I sort of like the movie and find it sort of annoying at the same time. I forgot how much massive Satan penis was in the movie though. This 1950s video of some candy makers creating something called London Rock candy reminds me way too much of that movie. 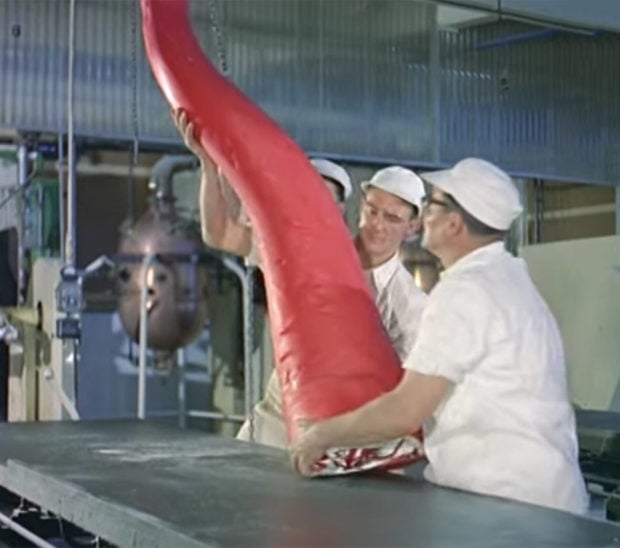 When they pull that giant red candy roll into the air to stretch it it really looks like this is what happened to giant Satan’s chopped off wang in that Seth Rogen flick. Even if you don’t see wang-like similarities, the art of making this candy is impressive.

I mean how hard is it to end up with candy that has the words “London Rock” embedded right in the sweet? Hard is the answer, very hard. 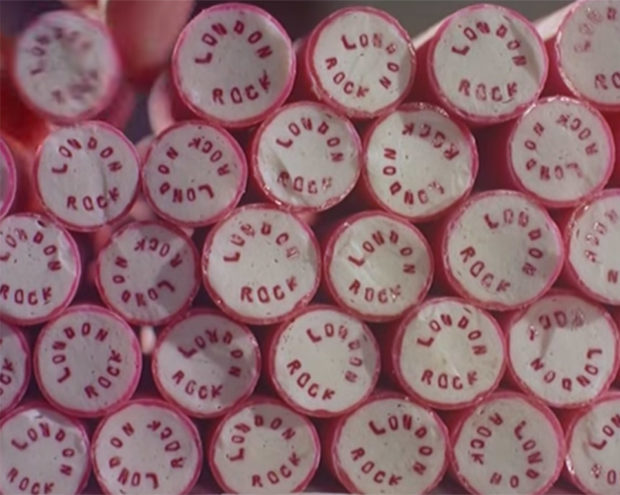