What is the most ridiculous gun in the world? That would be this trombone gun. YouTuber CaptainQuinn and his son built this hilarious and obnoxiously loud trombone rifle about a year back. Sure, it isn’t new, but we thought we’d share because it is so fun and bizarre. 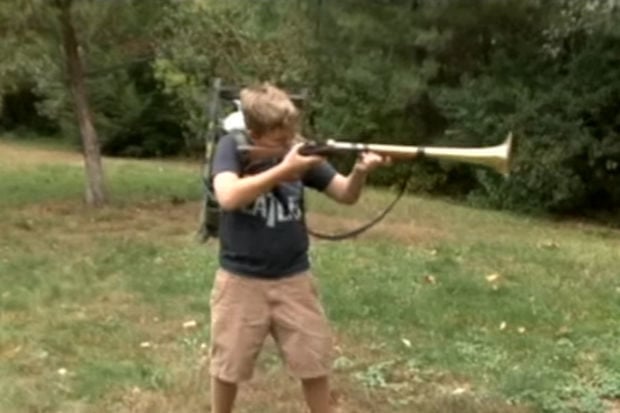 You can either shoot someone or shoot their ears out. Watch as the son puts the rifle through its paces. This kid is having way too much fun. It looks like a gun that Scrooge McDuck would use – and sounds like one too. In fact, it sounds like Scrooge McDuck is stuck inside.

It’s great for waking up the troops – or the neighbors.